This muscle runs from the base of the skull, across the shoulders, and halfway down the back. It’s helpful to think of the trapezius muscle as being shaped like a kite. It helps to facilitate muscle movements such as head tilts and looking up/down, so if it’s strained in any way, chances are you will feel it!

This muscle travels up and down the side of the neck, from the top of the cervical spine and down to the shoulder blade (scapula). Again, if this muscle becomes strained for any reason, it can significantly restrict neck and head movement and/or make it painful.

One of the most common reasons why a neck ache/pain can develop relates to the tendons and ligaments in the neck. Ligaments are fibrous tissue joints which provide stability for the neck and connect to the bones in the spine. If these ligaments become sprained or torn, then pain and inflammation follows. The most common (and avoidable) neck pains and aches happen when these muscles, soft tissues and ligaments become overly strained.

Our infographic below illustrates some of the ways that neck pain can occur, though it’s worth taking a moment to consider the three most frequent causes that we’re most likely to encounter.

How osteopathy can help with neck ache

A course of Osteopathy, or more specialised Cranial osteopathy, can help to pinpoint the source of an ache or pain, and relieve any tension or tension accordingly. Osteopathy treatment will normally work to relieve neck pain in any of the following ways:

Five causes of back pain Infographic 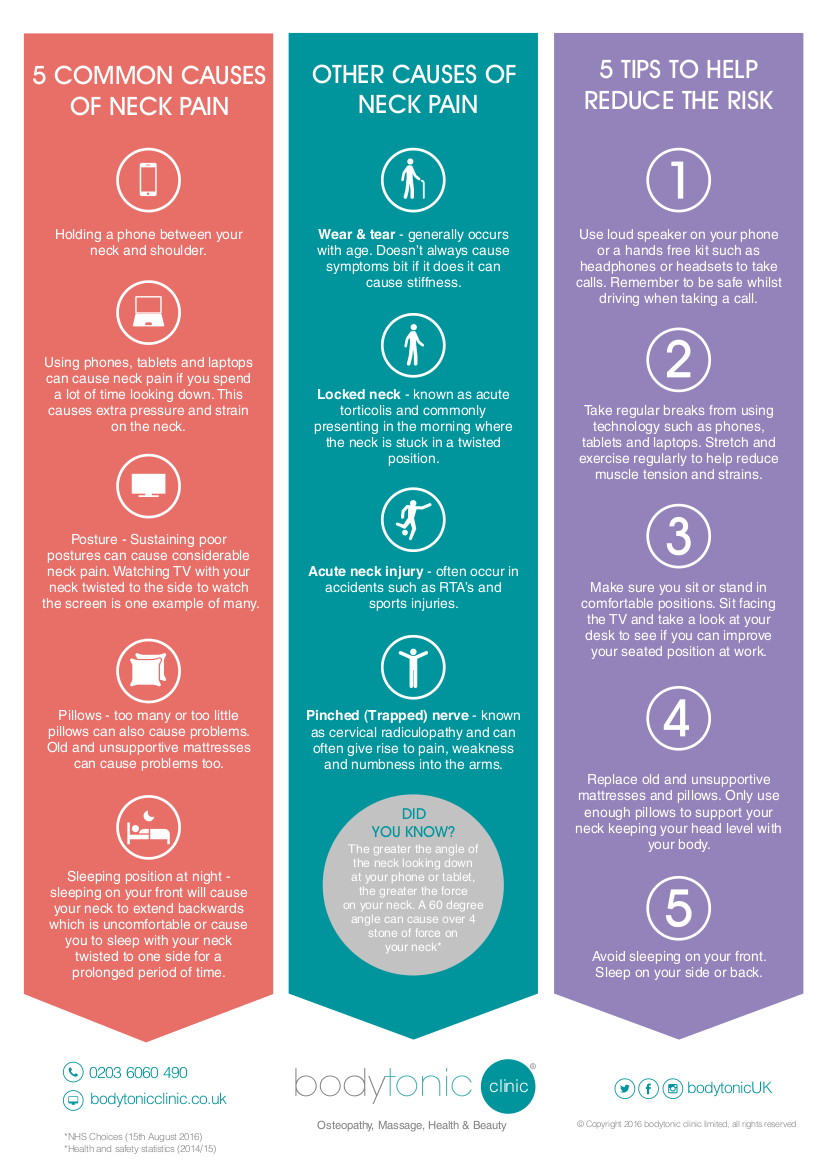