What is Ankylosing Spondylitis and Axial Spondyloarthritis?

These names can definitely be quite daunting and confusing, especially when the conditions are recently getting renamed as researchers find out more about them. To date, Axial Spondyloarthritis (AxSpA) and Ankylosing Spondylitis (AS) both fall under a group of conditions known as Spondyloarthritis. Let’s break this down.

The “Axial” and the “Spondylo-” refers to the spine and trunk, “Ankylosing” means stiffening or fusing, and the “-itis” means inflammation of the joints. There are many conditions under Spondyloarthritis, such as Psoriatic Arthritis or Reactive Arthritis, but we’ll focus more on AxSpA and AS in this blog.

Well, radiographic means there are visible changes in the scans you have done, like an MRI or x-ray. Radiographic AxSpA, i.e. Ankylosing Spondylitis, can show your spinal joints start to fuse. This can have a “bamboo-like” appearance or maybe even a “dagger-like” appearance as essentially more bone is being laid down at areas they’re not supposed to. This tends to be more at later stages, so early intervention is key for effective management. The joints mainly associated with AxSpA are the sacroiliac joints, which are the joints between your sacrum (that triangle bone where your tailbone attaches to) and your large pelvic bones. This is where Ankylosing Spondylitis normally starts, and if there is evidence of active inflammation of these sacroiliac joints and/or structural changes to the spine like bony outgrowths (at later stages if untreated), then that would be diagnosed as radiographic AxSpa, AKA Ankylosing Spondylitis. On the other hand, if there are no visible changes to your scans, then it would be non-radiographic AxSpA, provided you have fulfilled the other criteria of Spondyloarthritis (outlined under signs and symptoms).

What are the signs and symptoms of Axial Spondyloarthritis?

There’s a lot to look out for, but there are new classification criteria to help diagnose AxSpA (both AS and non-radiographic) developed by the Assessment of SpondyloArthritis (ASAS) International Society. It is highly likely you have AS if you satisfy the following criteria:

And at least one of the following (known as Spondyloarthritis features):

However, if you didn’t have a scan done, you might have non-radiographic axial spondyloarthritis if you satisfy these criteria:

So what causes Axial Spondyloarthritis?

There is a huge genetic component in developing AxSpA (remember, that includes Ankylosing Spondylitis!) which is with the gene HLAB27. This gene is present in about 8% of the UK population and it belongs to a family of molecules that play a huge role in making sure your immune system is working properly. No one still actually knows how having HLA-B27 increases the risk of developing AS, but there are several theories. One of the more popular theories is the “arthritogenic peptide” theory, which describes how proteins from your own tissues get mistakenly interpreted as being foreign and so your body starts to attack itself. We refer to these types of conditions as an “autoimmune” disorder. The research is still ongoing and the uncertainty around this area has reflected on the limited treatments available to reverse or slow down the progression of symptoms.

One of the puzzling things about Ankylosing Spondylitis is that in many cases (between 19 to 62% depending on a study) patients can also have osteoporosis, a condition where your bone density is low. Consequently, this also increases the risk of fractures too! The reason why this is so puzzling is because Ankylosing Spondylitis also has the ability to lay down new bone, yet experience decreased bone density. It can be hypothesised that the new bone being laid is not as “organised” which can explain its fragility. Your bones are normally very well structured and that is reflected by how strong they are.
Another theory as to why people with Ankylosing Spondylitis can have their natural bone turnover disrupted is because this new bone formation is now potentially thought to be unrelated to inflammation. Normally, where there’s inflammation, as there would be in Axial Spondyloarthritis (remember the -itis stands for inflammation), bone formation is increased, but there have been some cases where despite treatment with TNF-alpha inhibitors (this reduces inflammation) still had persistent bone formation. This suggests that this new bone formation may also be a result from another mechanism in your body that may be a new target for treatment.

A third potential explanation as to why people with AS get osteoporosis is simply because they move less when they’re in pain! As we know, loading the bones in our body is important in supporting bone health. If people don’t move, the natural health of your bone begins to deteriorate. As they say, use it or lose it!

How is Ankylosing Spondylitis diagnosed?

There is no sure-fire way to diagnose Ankylosing Spondylitis like how you would diagnose a broken bone with an x-ray, or how you would diagnose high blood pressure with a sphygmomanometer. However, we can use a combination of case history taking, blood tests, and imaging to make an informed decision quite confidently. If anything, it is actually often missed, particularly at the early stages.

So what do we look for? Well, the signs and symptoms outlined above essentially. There have been tools developed to fasttrack patients with potential Axial Spondyloarthritis to see a rheumatologist (a doctor that deals with inflammatory/autoimmune problems), such as the SPADE tool, which is mainly used by first contact health care practitioners like osteopaths, GPs, or physiotherapists. Looking for clues during the case history, physical examination, and blood tests are the key to reaching a diagnosis.

How is Ankylosing Spondylitis treated?

The first line of action is either conservative treatment or with “gentler” anti-inflammatory medication. Conservative treatment is treatment that relies on nothing else other than your own body to see if it can adapt better with either physical therapy, better education, exercise, and other related allied health professional fields. This is essential as it promotes your own body’s natural capacity to improve symptoms, and therefore minimising the need for medication with side effects.

One of the hallmark signs of having inflammatory back pain such as Ankylosing Spondylitis or non-radiographic axial spondyloarthritis is that it responds effectively to Non-Steroidal anti-inflammatory drugs (NSAIDs). Anti-inflammatory drugs do exactly what it says on the tin, they suppress inflammation. Common NSAIDs include ibuprofen, naproxen, and diclofenac. Over the counter NSAIDs from pharmacies or prescribed NSAIDs from your GP can help take the edge off the discomfort, however, stronger treatment may be needed if the progress from a combination of conservative treatment and NSAIDs has plateaued.

Stronger treatment involves biologic disease-modifying antirheumatic drugs (DMARDs) which aim to inhibit inflammation even more. DMARD medication can include injections called TNF-alpha inhibitors or anti-TNF. Tumour Necrosis Factor, or TNF, plays a fundamental role in your immune system and is involved with the inflammatory process of Ankylosing Spondylitis. With these injections, you really have to weigh up the pros and cons, as even though it can be very effective in suppressing the symptoms, inhibiting inflammation to this extent lowers the strength of your immune system dramatically. Inflammation isn’t always bad and is very important in your body to fight against infections.

What is the difference between an Osteopath and Chiropractor? 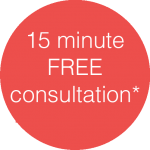 more than just bones joints and soft tissues. By working with the nervous system and blood supply they are able to influence all of the bodies systems, making them capable of alleviating the symptoms of a number of diagnosed medical conditions, such as; asthma, stress, digestive disorders, period pain, migraine and many more.

In many cases, patient experiences with osteopaths and Chiropractors will be very similar; however, there are some differences. When diagnosing patients, osteopaths and Chiropractors both use visual inspection (observation) and palpation (touch). Chiropractors frequently rely on more diagnostic procedures, such as X-rays, MRI scans, blood tests, and urine tests. Osteopaths tend to place more emphasis on the physical examination and will generally refer patients on for more diagnostic procedures if required.