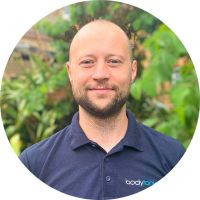 Louis is a committed, inquisitive, ambitious and affable practitioner of Osteopathy who graduated from the British School of British School of Osteopathy in 2013. Louis also was the winner of the the rarely awarded Gold Medal – an honour given to “a high achieving student who has made an outstanding contribution to the school, and who it is felt will go on to further the profession.”

Louis was elected onto the Board of Directors at the BSO, elected Student Representative by his peers in every year, and was awarded the academic prize for the highest overall grades in my first year of study.