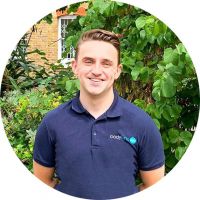 Chris Bradley completed his master’s degree in Sport and Health Science from the University of Exeter. Prior to this, he completed an undergraduate degree in Exercise and Sport Science at the University of Exeter. Throughout his time in Exeter, Chris has focused his studies on the biomechanics and lower limb injuries and their respective treatments. He completed two theses; one focusing on metatarsal stress fractures, the other lower limb gait symmetry. This has provided him with experience in collecting and processing extremely large data sets in an effective, ethical manner and presenting this information in a clear and concise format.

He has then employed this knowledge when working with some of the best young athletes in the country who represent the universities first teams. This has included the University of Exeter’s Rugby Club and Hockey Club. Chris has further utilised his knowledge of sport and exercise whilst working with Exeter Chiefs Rugby Club. His responsibilities included collecting knee and shoulder isokinetic data as part of their pre-season testing. This data was then used when creating rehab and prehab plans for players. 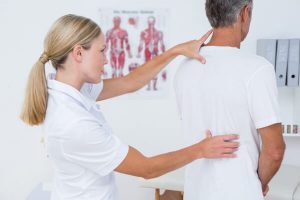 Over the duration of both his undergraduate and post graduate degrees in Exercise and Sport Science, Chris has continued to find the subject of individual and team performance analysis fascinating. He is also interested in further improving his knowledge of how top-level teams operate and keen to learn and understand the detailed effort that top-level sports teams will go to in order to gain an advantage over the opposition to achieve success. Throughout his second year at university, he completed a placement alongside the high-performance staff and performance analysis team at the University of Exeter to provide individual and team performance analysis for both the Men’s (BUCS Champions 15/16) and Women’s (BUCS Champions 17/18) Rugby football club. Upon reviewing the footage, Chris would relay important information back to the coach including relevant statistics to justify my statements. This information was then used when creating appropriate training strategies to both correct areas for improvement and maintain current strengths within the team. It was also his responsibility to distribute match footage.

Whilst completing his MSc course in Sport and Health Science at the University of Exeter. Chris additionally attained a Performance Analysis Internship in which he was responsible for leading the Performance Analysis provision for the Men’s Hockey club (Premier Division Hockey Club, BUCS Gold Champions 18/19). He was responsible for recording all match footage and providing subsequent pre and post-game individual and team analysis video packages. He would condense these packages into succinct presentations with relevant statistics and relay this information to both players and staff during video analysis sessions.

Chris now works part time for England Rugby and the RFU providing sports performance analysis. He is responsible for collecting clips and conducting presentations around the main themes for referees and match officials. Following this he creates individual development plan documents for referees. The purpose of this is to improve referee performance and decision consistency. Data collected will also have further implications on the rules and regulations in rugby union for the RFU.

In addition, he works for Ealing Trailfinders Rugby Club and is responsible for the performance analysis provision. Chris provides pre and most match analysis on all individual players as well as the team as a whole. The analysis completed will in turn be referred to in respect to player selection, development, and scouting. He is passionate about seeing progression and development not only in athletes but in everyone. As a result, he believes that a holistic approach should be adopted in respect to self-care. Therefore, Chris advocates that sports therapy and Sports Massage should be integrated into people’s lifestyles as it is known to provide an array of benefits both physiologically and psychologically.

Whilst undertaking his masters, Chris completed a level 3 Sports Massage and Deep Tissue Massage qualification. Upon completion of this, he utilised this skill set when working with the University of Exeter’s Hockey and Rugby Club’s and provided pre-event and post event massage for all athletes. Through pre-event treatments, Chris was able to invigorate and prepare players both physically and mentally before going out to complete. These techniques would also reduce the risk of injury whilst competing. This is due to a reduction in muscle tension and an increase in muscle flexibility. Following matches, he would perform a relaxing post event treatment as part of the players cool down regime. This would prevent additional muscle soreness.

In addition to having a keen interest in both watching and analysing sport, Chris has played sport himself from a young age representing Trojans RFC, Brockenhurst College Rugby Academy and the Plymouth and Exeter Medical RFC. He has also undertaken summertime volunteering at Southampton Trojans RFC and Exeter Eagle Owls Touch Rugby Club, whereby he partook in both coaching and refereeing of a number of touch rugby tournaments. He was responsible for organising teams, coordinating matches and leading appropriate training sessions. Lastly, He is an avid football fan and has supported Southampton Football Club for a number of years. He attempts to watch as many games as possible across multiple leagues in order to broaden his knowledge and improve his abilities to analyse the game.

Outside of sport Chris tries to meet up with friends as much as possible. He also loves to travel and has had experiences living abroad. Chris has spent parts of his life in both Toulouse, which is located in the South of France and Seattle on the west coast of America. This has inspired him to travel and experience as many different cultures as possible. Lastly Chris attempts to find time to ski once or twice a year.